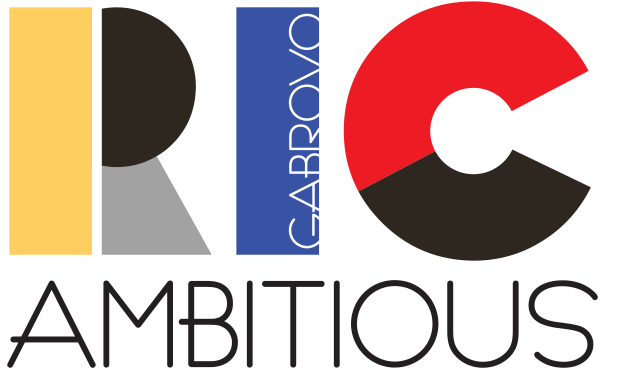 The Gender Equality Plan in the Regional Innovation Centre “Ambitious Gabrovo” (hereinafter referred to as the Plan) is the main strategic document where the goals, objectives, and specific measures that the management of Regional Innovation Centre “Ambitious Gabrovo” (RIC) will implement in order to promote equality between women and men in the Centre.

Although it is the first attempt to define and systematize concrete measures to promote gender equality at the RIC, the Plan is based on one of the RIC’s fundamental principles, namely the principle of ensuring equal opportunities for academic and career development for all RIC employees and of a balanced representation of women and men at all levels. In this sense, the Plan is a natural continuation of the RIC’s inherent drive to institutionalize equal treatment of women and men and builds on it through measures to promote equality in four priority areas aimed at ensuring: gender balance in management and decision-making in the Centre and RIC units; equal opportunities for women and men in recruitment and career development of staff; work-life balance as part of organizational.

With this Plan, the Regional Innovation Centre “Ambitious Gabrovo” declares its commitment and determination to strictly observe in its activities the principle of equality between women and men and anti-discrimination based on gender. The Plan is in direct line with the European Union (EU) directives and initiatives on promoting institutional change through the implementation of several instruments, including the development of Plans for the Promotion of Gender Equality in Research Organisations, with the aim of achieving long-term positive effects in line with the principles of a safe, united and fair gender-balanced representation and equality between women and men in the European Research community.

Equality between women and men is one of the fundamental values of the EU, enshrined in the European Treaties. The EU is committed to promoting gender equality and gender balance in all areas and is taking active steps to do so within the research and innovation sector.

In this context, the Regional Innovation Centre “Ambitious Gabrovo” will continue to work to ensure such equal treatment and equal treatment in its activities, ensuring for all women and men employed in the Centre’s system the provision and development of a favourable working environment, free from gender stereotypes and prejudices.

The Regional Innovation Centre “Ambitious Gabrovo” will strictly apply and ensure compliance with the legal framework guaranteeing the application of the principle of equality between women and men in every aspect of its activities and declares its firm determination to be guided by and respect the principles of justice, democracy, morality, tolerance and mutual respect.

The analyses show that over the last decade Bulgaria has registered significant progress in the area of gender equality in science and education, exceeding the European average on most of its indicators. A significant part of the problems existing in public research institutions in the EU and in individual countries on average have been practically overcome in our country, and Bulgaria occupies a worthy place on the European map of equality between women and men in research. However, there are several disparities in the representation of women and men that require necessary measures to be taken. Main concerns:

– the need to retain male researchers, especially young scientists, in the system;

– the increasingly visible feminisation of the public research sector in a significant number of scientific fields, which is a manifestation of so-called horizontal gender segregation (differences in the participation of women and men);

– the still significant vertical segregation of women, which requires work to redress the existing imbalance, mainly in the participation of women at the senior levels of the administrative management of academic institutions;

– the imbalance in participation on scientific boards in favour of men.

The plan is in line with key EU and United Nations (UN) strategic documents on the promotion of gender equality in research and education institutions, with recent changes in European Commission (EC) policies in this area, as well as with the framework directives and national strategic and normative documents on gender equality.

Scope of the Plan

The Plan is developed for a period coinciding with the operation of the Horizon Europe Framework Programme, from 2022 to 2027, and covers all the main activities arising as the responsibility of the RIC in accordance with the regulatory and strategic documents at European and national level containing recommendations for the promotion of equality between women and men in science.

The plan is a dynamic and open document. It will be periodically supplemented and/or updated according to any relevant changes that may have occurred in the Centre, in European and national legislation, or as other factors of strategic importance arise.

OBJECTIVES OF THE PLAN AND PRIORITY AREAS OF INTERVENTION

Based on the results of the gap analysis carried out on the representation and participation of women and men in research, the strengths and weaknesses of established practices and existing mechanisms have been revealed and opportunities identified to build on what has already been achieved to promote equality between women and men. On this basis, the following strategic objective of the Plan for the Promotion of Gender Equality in the Regional Innovation Centre “Ambitious Gabrovo” has been formulated:

SO: Maintain positive trends towards balanced representation/participation of women and men and introduce good practices to address persistent gender disparities in the RICs.

In line with the strategic objective thus formulated, the following priority areas of intervention have been identified:

For each of the priority areas, the Plan sets the following objectives:

Objective 1.1: Institutionalise the drive to promote equality between women and men

Objective 1.2: Assess the environment and identify gender imbalances in leadership

Objective 1.3: Achieve and maintain balance in the senior management structures of the RRC

Objective 1.4: Achieve and maintain a balance in RIC standing committees

Objective 2.2: Maintain a reasonable balance between women and men in human resources recruitment

Objective 2.3: Maintain the principle of equal opportunities for women and men in career development

Objective 3.3: Promote a culture of equality, including with regard to caring

The Commission/Group of Experts to be established under Objective 1.1 shall be responsible for the implementation of the objectives and measures, including reporting on the activities of the Plan.

This Gender Equality Plan (GEP) in the Regional Innovation Centre “Ambitious Gabrovo” has been adopted by decision of the Board of the RIC during their regular meeting on 26.08.2022.

This Gender Equality Plan (GEP) in the Regional Innovation Centre “Ambitious Gabrovo” has been developed in accordance with the following fundamental legal acts in this field:

Chairwoman of the Board: